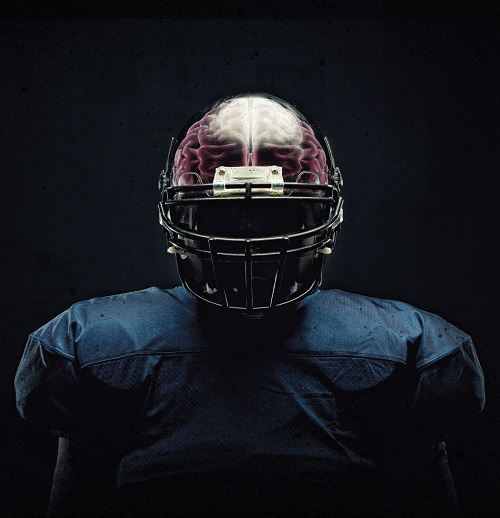 As interscholastic sports season kicks off, school boards and districts are encouraged to keep in mind head safety for student athletes. California fields the second highest number of high school athletes  —  roughly 800,000  — among U.S. states. (Texas is first.) These student athletes are also especially vulnerable to head trauma as their brains are still developing.

Concussions from knocking heads, tackling, being hit by a ball or an elbow, or other blows can occur in two different ways. A linear hit causes the head to snap directly back upon impact  —  slamming the brain against the skull. A rotational hit (one not well-protected by most football helmets) causes the head and shoulders to change direction rapidly. Typical symptoms include dizziness, headaches, nausea, difficulty concentrating, sleep loss, moodiness, irritability, memory loss and depression. Minor hits can also make athletes more susceptible to concussions over time. And while football gets the lion’s share of concussion attention, some studies have found that girls who play soccer, lacrosse, volleyball and basketball suffer concussions more frequently than boys. Studies have also found that there are about 65,000 brain injuries a year in high school sports.

Despite the risks, there are steps boards and districts can take to help safeguard student athletes. The California Interscholastic Federation, which oversees high school sports in the state, recommends concussion awareness among teachers, parents, coaches, administrators, athletes and athletic directors. CIF also encourages coaches to review concussion protocols, to give players with symptoms time to recover, and to teach safe techniques, such as tackling in football without using the head. (Some colleges also have tackle-free practices.) Other ways to minimize risk include high-quality equipment, such as particular brands of football helmets, and including qualified athletic trainers at games and practices. (California is the only state that does not require athletic trainers to be licensed, although they must be certified.)

California is making progress in better protecting students by increasing awareness of concussions and improving safety. To help with the process, CSBA has gathered a list of resources to assist trustees in their advocacy efforts:

Concussions in Student Athletes and How to Reduce Risk

Centers for Disease Control and Prevention