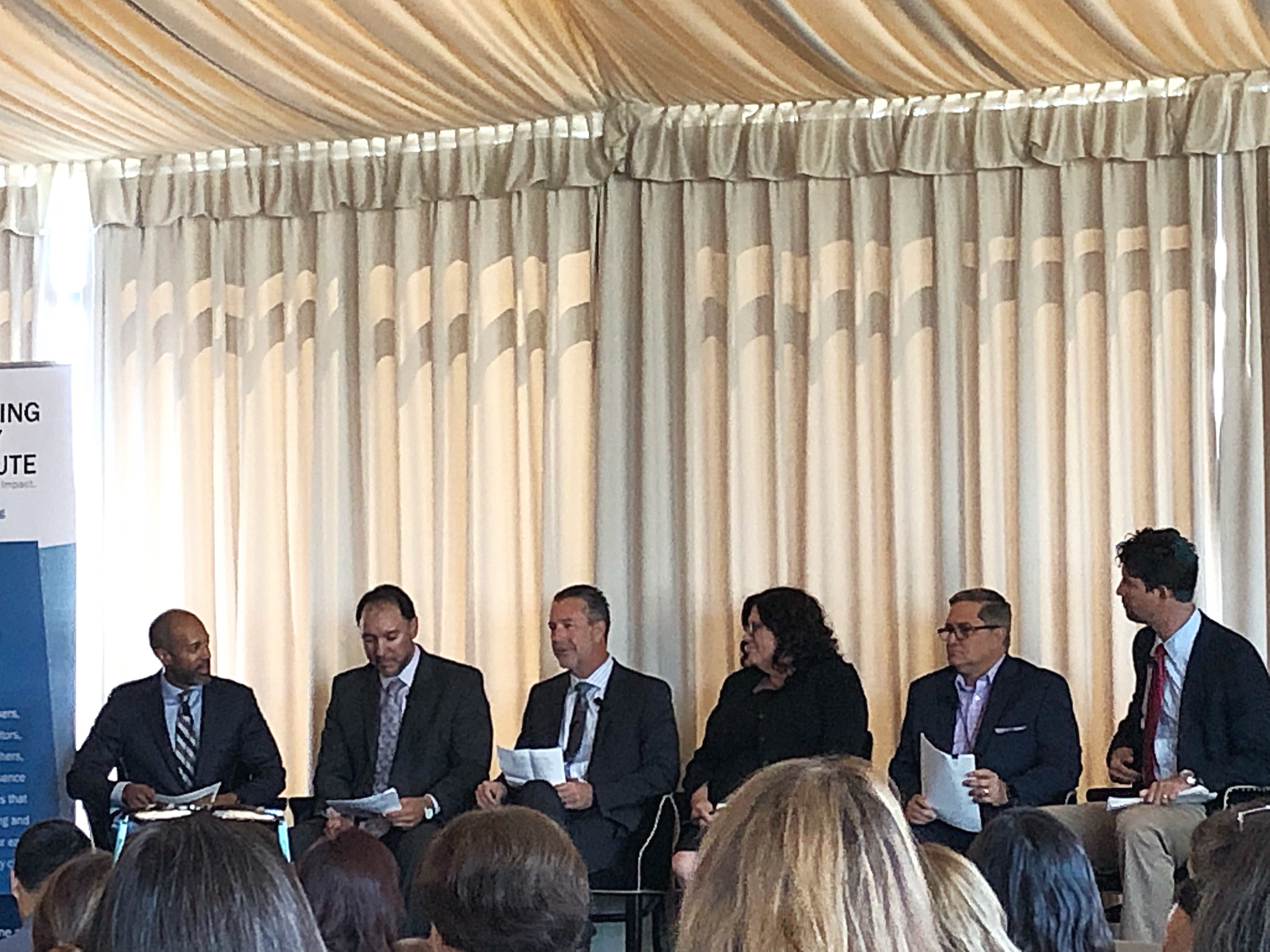 Many districts in California have struggled to adequately support underserved student groups through changes in curriculum, school funding and student assessments in the last five years, but a recent report from the Learning Policy Institute found more than one hundred districts bucking that trend. They identified these districts as “positive outliers” in which children across different racial and ethnic groups were outperforming similar students in other districts on the state’s new math and reading tests. Many of these districts are also closing gaps on other outcomes, including graduation rates.

In an effort to shed light on how those districts are achieving those results, LPI researchers conducted two “Positive Outliers” studies, the second of which was recently released with an event in Sacramento, which featured a panel discussion on equity moderated by CSBA CEO & Executive Director Vernon M. Billy. Closing the Opportunity Gap: How Positive Outlier Districts in California Are Pursuing Equitable Access to Deeper Learning focuses on seven positive outlier districts and what they have in common that could have contributed to their students’ success.

One key theme that emerged was each district’s ability to build a pipeline of well-prepared, highly engaged educators, and provide teachers with continuous professional development.

Policy recommendations included in the report call for districts to support professional learning and establish structures for data to be analyzed and used effectively in continuous improvement cycles. Professional development geared toward educators who teach students with greater needs is also vital, as is investing resources toward supporting struggling students.

District leaders should also prioritize hiring and mentoring educators who demonstrate a commitment to teaching every child, researchers said.

A commitment to equity

The report release event featured two panels that addressed equity issues from the need for more funding to address opportunity gaps to the importance of support from district administrators.

CSBA’s Billy moderated a panel that examined how collaboration across local and state policy and advocacy groups would be necessary to ensure children throughout California are supported and given all opportunities to succeed.

To provide such resources, however, panelists agreed that districts need more money than has been provided in the last decade even with the increases in state funding in the last couple years.

“Money may not be everything,” Billy said, “but it is necessary if you want to provide the best for our students and teachers. Districts throughout the state are struggling to do what these outlier districts are doing.”

California currently ranks 38th in per-pupil funding and 45th in student–teacher ratios, despite being the fifth largest economy in the world.

Wesley Smith, executive director of the Association of California School Administrators, called on attendees of the event to tell their lawmakers to invest in Full and Fair Funding. Systems of support for students and teachers break down as early as pre-K, he said, and school districts need the funding to implement programs and provide resources to ensure all children are able to thrive in California’s public schools.

Sofia Friere, chief of leadership and learning at San Diego USD said that much of her district’s success was attributable to spending and policy decisions guided by the superintendent and school board’s commitment to equity. The district, Friere said, aims to achieve equity in all its schools by “giving every student what they need, how they need it and when they need it.”